Belgium: an ideal position, right in the heart of Europe

Founded on tolerance, Belgium is truly welcoming to the numerous travellers and visitors that settle there constantly. Its central position in Europe, its meeting of Latin and Germanic worlds, its multilingualism and its cutting-edge political, social and religious approach to freedoms have helped form its cosmopolitan character, making it a multicultural society.

Belgium is one of the six founding members of the European Union, whose capital, Brussels, hosts the main European and international institutions: the European parliament, the European Commission, the OTAN… Due to its international status, Brussels is today Europe’s most multicultural region and 2nd worldwide only to Dubai. In its 118 districts, almost 200 different nationalities live side-by-side, speaking more than 180 foreign languages.

The presence of European and international institutions in Brussels generates more than 100,000 jobs and contributes towards the regional economy’s GDP by around 15%. It is an ecosystem that also draws world innovators and allows start-ups to succeed in various areas, such as fintech, insurtech and even lawtech. Into the mix add the parallel activities brought about by this international ecosystem: lobbyists, journalists and diplomats, as well as regional representatives and international law firms.

Situated at the crossways of the major European routes of communication, French-speaking Belgium is also the ideal point of departure to visit the rest of Europe! 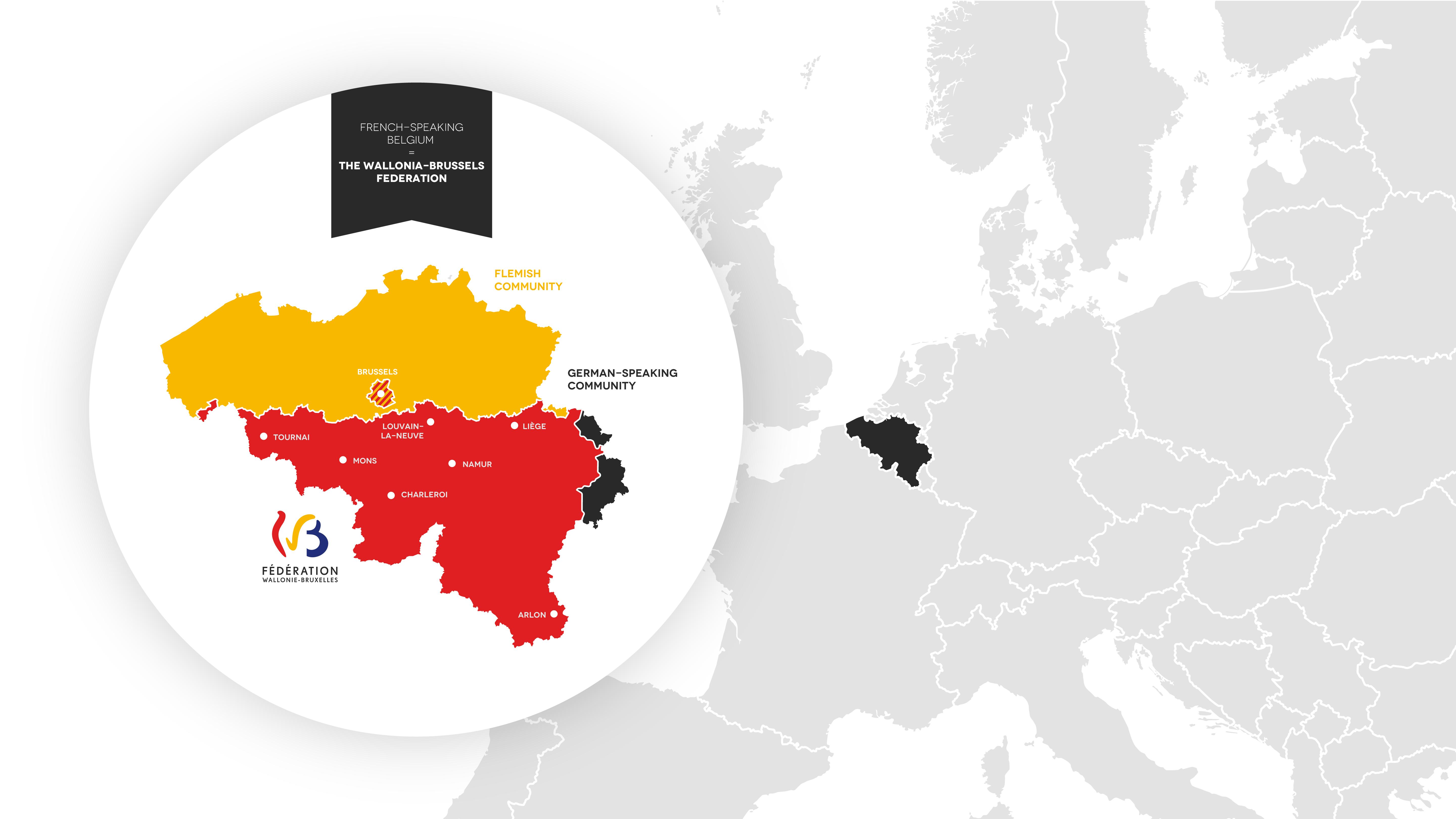